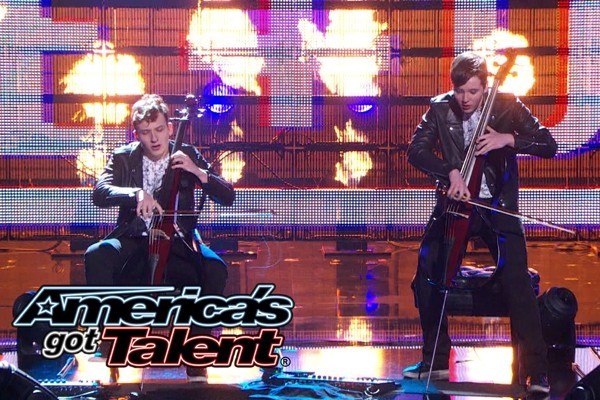 Salamanders Feature In America's Got Talent 2014

Acro Army is a unique acrobatics troupe featuring 17 young acrobats who in groups of two or three have all represented the US on its National Team and many have won international titles. In their stunning semi-final performance Le Maitre's Salamanders fire red flames 8 to 10ft into the air.

The semi-finals also featured young brothers Emil and Dariel, a cello virtuoso crossover duo, who cross over multiple genres of music. Le Maitre Salamanders featured on the stage for the duration of their performance of Paul McCartney's Live And Let Die.

Both act got through their semis and the finals of America's Got Talent will air on September 17th.

The Le Maitre Salamanders on AGT were supplied by J&M in New York.