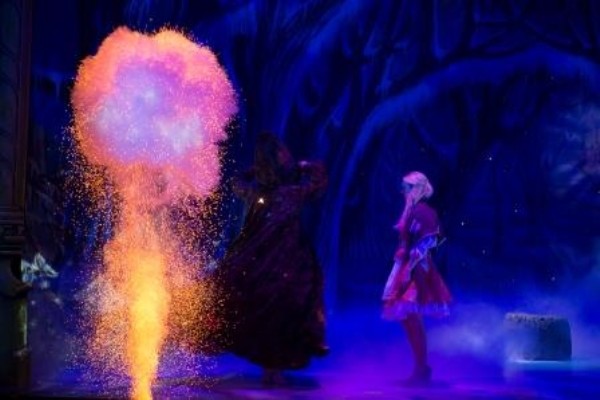 Le Maitre pyro was fired across many stages in many shows across the UK this pantomime season, helping to create great atmospheric stage sets.

These images show scenes from a performance of Cinderella at the London Palladium, the first pantomime to be staged at the iconic theatre in almost 30 years.

Pantomime is set to return to the London Palladium in December 2017 with a production of Dick Whittington.