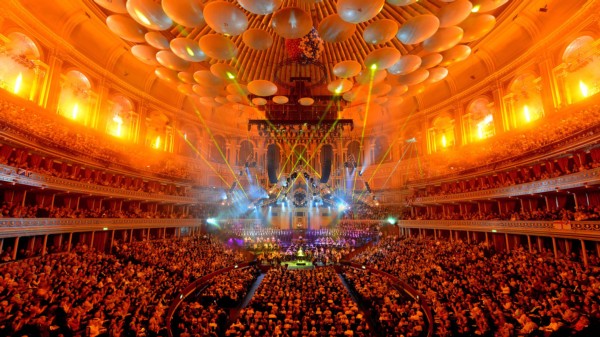 The most popular classical music show in the UK returned to the Royal Albert Hall this weekend. With music performed by the Royal Philarmonic Orchestra, along with The London Chorus, the Royal Choral Society, opera singers, and dancers, the spectacular combines the very best classical music with state of the art technology, lighting, sound, laser displays and pyrotechnics.

Once again Le Maitre was delighted to provide the pyrotechnics to add to the thundering atmosphere within the iconic setting of the Royal Albert Hall. Le Maitre distributors Just FX have been setting up and firing the pyro and all the effects for the Classical Spectaculars for nearly 30 years, and were there again at the weekend, firing over 2,000 effects in seven shows across four days.

Effects included Theatrical Flashes, Maroons, Line Rockets, 100g Flames, Airbursts, plus over 1,000 Stage Gerbs and red, white and blue streamers which covered the stage and audience during the sensational finale.