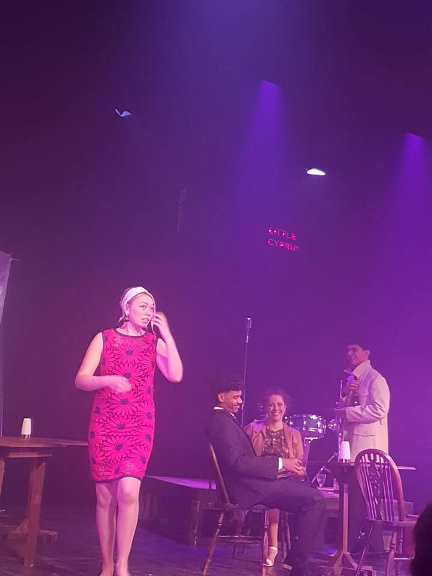 Our MVS Hazer is currently being used in the Cambridge University European Theatre Group's adaptation of Othello.

The CUETG is a self-sufficient, entirely student-run theatrical company which tours a Shakespeare play around Europe for two and a half weeks every December. Now in its 60th year, they are touring with a 1960s-set production of Othello.

The MVS is ideal for stage productions. Geared towards small to large sized venues, it is a powerful and versatile hazer with two variable speed, high power fans. These can be used to control the force and direction of the haze stream. There is also an oscillating mode for automated back and forth sweeping of the stream. Variable haze density, onboard DMX, and the ability to position the unit at any angle all combine to provide a hazer that's the perfect choice for stage performances.

When used with Le Maitre's PureHaze fluid, the result is very dry and very long lasting haze. Designed to hang in the air and accentuate beams of light, it results in some of the best haze for lighting enhancement. The sugar-based solution is extremely safe, resulting in no side effects and it leaves no residue, unlike oil-based haze solutions.

The tour of Othello started in France last week, followed by five performances in Switzerland. It moves to Belgium and London this week, and the production finishes with a run of shows at the ADC Theatre in Cambridge in January.