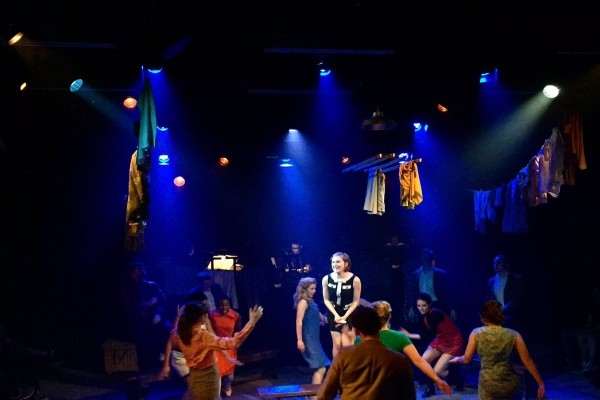 Le Maitre is providing an MVS hazer and PureHaze fluid for use in a production at the Royal Central School of Speech & Drama. Taking place this week, Em – The Musical is an original musical set in Liverpool in the 1960s. It tells the story of a young, unmarried woman trying desperately to keep a baby that the authorities want to take away from her. It is performed by BA (Hons) Acting Musical Theatre students, working alongside students from the BA (Hons) Theatre Practice course.

The MVS hazer is extremely versatile, geared towards small to large sized venues so is ideal for productions such as this. Powerful and versatile, it has two variable speed, high power fans which can be used to control the force and direction of the haze stream. Variable haze density, onboard DMX and the ability to position the hazer at any angle combine to form the most complete feature set of the Le Maitre hazer line.

Combined with the specially formulated PureHaze fluid, it produces a very dry, low residue output with a long hang time. With 90% active ingredient, PureHaze fluid is sugar and water-based and completely safe to use on live stage performances. Designed to hang in the air and accentuate beams of light, it results in some of the best haze for lighting enhancement.

Find out more about Em – The Musical.