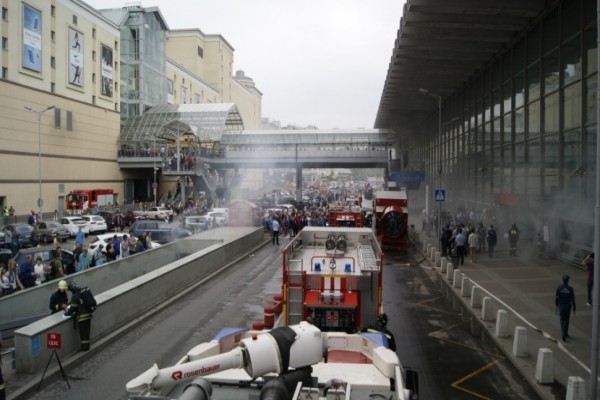 The simulated emergency situation was carried out as part of a fire tactics drill run by the Russian Emergencies Ministry Main Office for Moscow. The simulation involved a blast followed by heavy smoke filling two floors of the building.

The drill, which took an hour, involved 80 firefighters, 20 fire vehicles and a firefighting train.