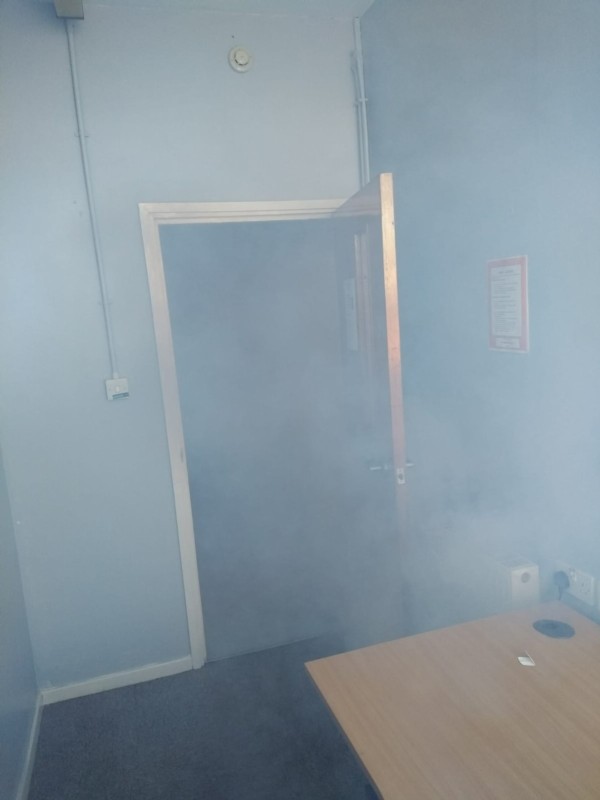 Le Maitre's GForce 1 and GForce 3 smoke generators have been used by Scottish Fire and Rescue Service in a multi-agency exercise.

More than 100 people took part in the simulation exercise in a University of the West of Scotland College. The scenario involved students being trapped as a result of a partial collapse after an explosion. The GForce machines were used to fill the building with realistic smoke. Speaking after the event, David Brown of Scottish Fire and Rescue Service said, "The smoke machines performed brilliantly on the day and they managed to smoke up a very long corridor with multiple rooms off it very successfully."

Find out more about our Smoke Generators and Fluids for Industrial Services.