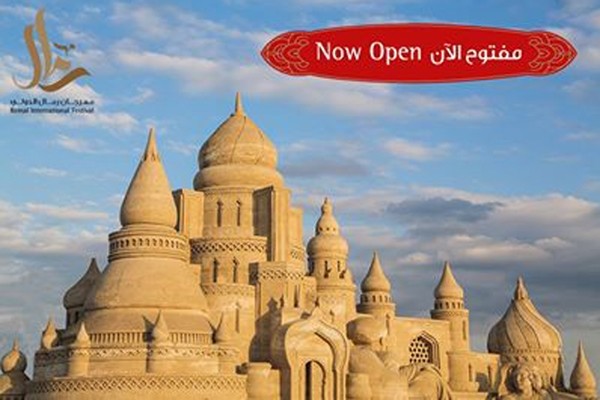 73 of the world’s best sand artists came to Kuwait and worked together to reimagine the stories of 1001 Nights, and Parente Fireworks along with Le Maitre pyrotechnician James Christofides were invloved.

Three Freezefog Pro/G300 systems were used outside one of the sand structures to simulate a waterfall.  They were installed at a height of around 5 metres and the fog ducted into position.

The other two Freezefog Pro/G300 systems were located on a sculpture inside a marquee. These were also used to simulate a stream.

A further 8 G300s were located outside to create some atmosphere around some of the other sculptures.