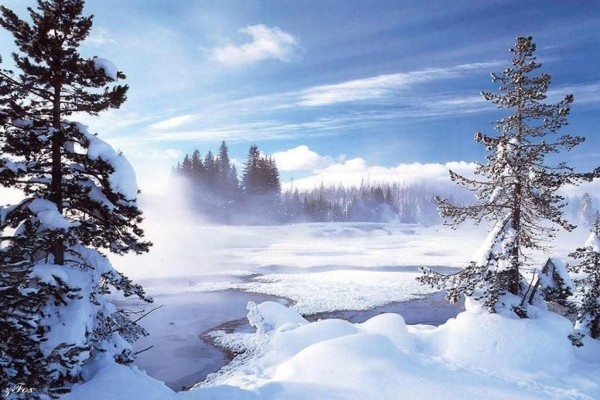 Snow effects can help transform a stage, from a plain platform to a realistic winter scene.  There are a number of different ways, in which you can create a snow effect.

The earliest snow effects were accomplished, simply by using cut up pieces of cloth.  These pieces of cloth, used to be placed inside either a “snow bag” or a “snow cradle”, which was in essence, a perforated bag with strings on either end.  By gently shaking the bag, high above the stage from opposite ends, it was possible to create a gentle, pretty fall of snow.

The snow cradle remains popular, particularly in smaller and more budget conscious theatres, however theatres with a larger budget, tend to use more sophisticated fake snow machines.  The main advantage being that not only can they create realistic looking snow, it can be made to disappear, once it makes contact with the stage.

If you are looking for realistic, white, fluffy snow for your production, look no further than Le Maitre’s Arctic Snow Machine.  With its continuous high output, it is capable of covering an area approximately 6m in diameter (depending on mounting height).  With no warm-up time required, you are literally good to go.  It is safe for use on live stage performances, and can be operated either by remote or through DMX.  With an output volume of 140 ml/minute this fake snow machine creates an amazingly realistic snow effect.  There is also the option, to vary both snow output and flake size.

With low fluid consumption, the Artic Snow Machine offers unrivalled performance and reliability, and comes with a built-in 5 litre fluid holder.  Ready diluted for ease of use, Le Maitre’s Artic Snow Fluid can be used not only with the Arctic Snow Machine, but most other professional fake snow machines.  The fluid itself is a water-based formula, that is safe, non-toxic and 100% biodegradable.

Providing you use Le Maitre Snow Fluid, in your Arctic Snow Machine, you will also receive a 12 month warranty for the machine itself.