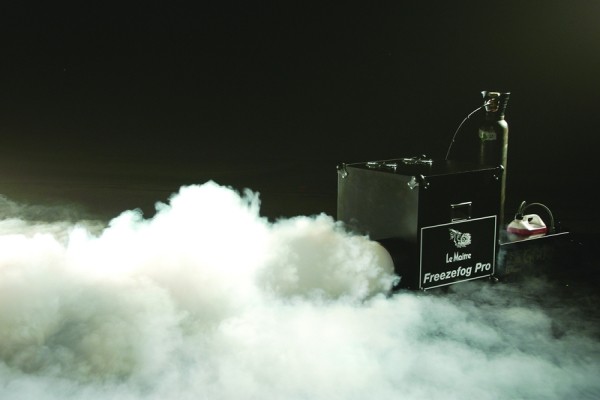 Le Maitre's Freezefog Pro creates a dramatic, controllable low lying fog. With high fog output the effect is long lasting and residue free. The fog remains low lying and very cold, so is ideal for enhancing all sorts of performances and promotions on stages, in studios, clubs, parks and more.

Used in conjunction with either a G300, GForce 2 or GForce 3 smoke machine, low fog fluid is pumped from the smoke machine into the Freezefog Pro where it combines with either high or low pressure liquid CO2 from a remote cylinder to give the high output of low, cold fog.

The Freezefog Pro is used with Le Maitre's Low Smoke Fluid. Odourless, non-irritating, non-toxic and non-flammable, it is specially formulated to produce the low lying effect.